From romantic wacky, you only have one shot at doing it right. By David Mandich. Los Cabos Magazine Issue #16 Spring 2008. 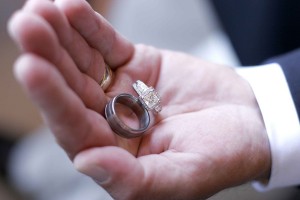 Surrounded by impressive beauty, intoxicating music and an inspiring culture, Cabo is a perfect place to propose marriage. Where and how you do it can have as great a consequence as the actual wedding itself. Your game plan needs to include style, location, humor, perhaps drama, romance, and total surprise – as in “popping” the question.

A marriage proposal is one of the most magical moments in one’s life. That split-second when two people agree to be wed becomes something the couple will relive again and again. Remember: You usually have only one chance with her, so whether spontaneous or carefully orchestrated, get it right the first time.

Cabo has many proposal site options for the love-struck to consider. A sunset wine and jazz cruise on the Tropicat catamaran or a champagne dinner/dance cruise on the Cabo Rey may do the trick. If in a more extreme setting, as in 600’ aloft on a parasail pulled by a speeding boat, be prepared for either a smooth glide or a rough landing depending on the answer you hear in the heart beat of that moment. Of course, it may be easier to get the response you want aboard the Buccaneer Queen pirate ship. A captain is in charge of his ship and passengers, so having her walk the plank if she doesn’t agree to become your mate may guarantee a yes. Haaar!

If you’re a modern, take charge woman and plan on popping the question yourself to get a tail-dragger off the dime, be as adventurous or romantic as you think would be best. Enticement is one of women’s greatest gifts. Just be sure your man is not a big Peter Pan fan. For instance, if his mantra is “I don’t ever want to grow up,” a marriage proposal may be pointless.

Candles, romantic dinners, music, roses, and cards work for traditionalists with plenty of great spots in Cabo for a guy to get down on one knee. Bringing up the subject on verandas at swanky hotels like the Pueblo Bonito Sunset and Playa Grande, or at the boutique Casa Rafael Hotel will surely be in your favor. It may not be original, but it’s tried and true. Pop the question Cabo style at La Golondrina Mexican restaurant. Under an enchanting canopy of trees and twinkling lights, romance is irresistible. Have the mariachis sing her intoxicating love songs while you and your bride-to-be dine on lobster and sip tantalizing margaritas. Then on the absolute opposite end of the proposal spectrum, have Mango Deck’s 300 pound Big Johnson propose for you in public on Medano Beach while performing his infamous dance with your future bride. Caution: This is a very dicey and unpredictable, if not downright dangerous, choice.

Though it’s unlikely The Eagles band will show up at the Hotel California, you can still become betrothed as you wax nostalgic as the song that made the hotel famous wafts from the bar into the secluded garden restaurant. Popping the question in a pop culture place could be a real hit. The hotel is located in magical Todos Santos just an hour up the Pacific Coast. Plan on staying the night at the hotel to make the evening yet more memorable.

Sporty types can take the plunge while engaging in extreme activities like rock climbing or when in the midst of a 100 mph four-wheel slide in a Baja Wide Open racecar. Maybe advice to anyone proposing marriage is to wear a helmet! Surfers often take the occasion at the Cabo Surf Hotel in San Jose. Here, one can pop the question on a surfboard or during an intimate Sea Spa massage session for couples. If dining, request a corner table at the 7 Seas Restaurant. Both her eyes and the diamond will sparkle as you are bathed in the shimmering moonlight on the Sea of Cortés.

If you two mistakenly boarded a flight to balmy Cabo instead of nippy Cork, soften the blow by visiting the Pub de la Chapu, an Irish establishment located on the south side of Cabo’s marina. Sing that old childhood counting song that starts off with 99 bottles of beer on the wall and your courage to pop the question may be stronger as the numbers go downward. However, the words “for better or for worse, in sickness or in health” may take on a new meaning for both of you in the wee hours of the morning.

Cabo bars, with their seas of margaritas, rivers of tequila and oceans of beer, are famous for having an “anything goes” reputation. And that includes marriage proposals. A favorite romantic proposal I happened to overhear went: “Baby, I’d give all my money and everything I own for your legs. Will you marry me?” Wow! What a dreamy proposal that is! You’d better be prepared for a response that could go swimmingly or provoke a severely unpleasant scene.

Just one more thing you should know when you pop the question: Proposing to a beautiful Mexicana comes with just one caveat. In return, you’ll have to promise that you’ll never go to Cabo again without her consent. Trust me on this, amigos. I proposed to one; I married one; I made that promise – and I am living happily ever after with my beautiful Mexicana.