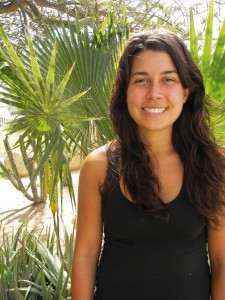 What do celebrities, officials, and frequent visitors have to say about Los Cabos?

How safe is it to vacation in Los Cabos? Just look to the stars for an answer. No, not those twinkling brightly in the skies over the Sea of Cortés. We’re talking about the celebrities who flock to Baja California Sur and pop up in tabloids frolicking on Los Cabos beaches.

Despite the misleading headlines and inaccurate generalizations of random violence and bloodshed in México, Los Cabos continues to be not only one of the best tourist destinations in the world but also a place where the celebrity elite come to get away from the pressures of show business and party like rock stars.

Rolling Stone Keith Richards was married here. American Idol host Ryan Seacrest is a frequent visitor, and there have been numerous media reports that he has been looking for a home in Los Cabos. Celebrity sightings are not uncommon, particularly at Cabo Wabo, where music world luminaries like Kenny Chesney, Alice Cooper, Meat Loaf, Ted Nugent, Toby Keith, and U2 front man Bono have dropped in. Cabo Wabo was the brainchild of rock star Sammy Hagar. He opened the cantina 22 years ago as a place to hang out with his musician friends. His annual birthday bashes have become a highlight of the Los Cabos event calendar.

“I’ve never had an issue with safety in the 24-plus years I’ve been coming to the Cabo San Lucas area,” Hagar says. “People confuse the border regions with other parts of México, and there’s been a lot of bad press about a few isolated areas throughout México. Cabo is not one of them.

“The only thing to worry about in Cabo is having too much fun. Sometimes, that can cause personal difficulties the next morning. Ha! Enjoy this very special place.”

Criss Angel—whose magic act spawned the television series Criss Angel: Mindfreak and a collaboration with the famed Cirque du Soleil for the popular Luxor Hotel and Casino stage show Criss Angel: Believe—is another Los Cabos regular.
“I go because of the convenience to Las Vegas, and the luxury, relaxation, partying, beauty, fun, and wonderful Cabo hospitality, all in one place,” he says.

Celebrity testimonials aside, tourism officials are pressing hard to erase the tainted image many people have of the area. According to an article in the Las Vegas Sun, Hugo Torres, the former mayor of Rosarito Beach, and Juan Tintos, Baja California’s secretary of tourism, recently completed a tour of the southwestern United States in an effort to change that image.

During an address to the Las Vegas chapter of the American Marketing Association, they emphasized that the overwhelming accounts of violence in México are far removed from Los Cabos.

“People hear about violence in Juárez, and the thought is that all of México is dangerous,” Torres said. “Americans don’t know Mexican geography.”

As owners of an outdoors adventure provider in Los Cabos, Stacey and Casey Catlin deal with tourists on a daily basis. “Every now and then, we receive an e-mail asking, ‘How safe is México?’” Casey says. “They tend to be asking to appease a family member who has voiced concern about the trip. Those who talk about México’s safety issues on our trips tend to have already come to the realization that Cabo is an incredibly beautiful, fun, safe place to visit.”

Stacey says Los Cabos’ image as a tourist destination needs to be put into perspective. “There’s violence in every country,” she says. “México’s headlines happen to be drug related, which might make me avoid certain cities or areas in México, or at least travel with caution. But Cabo is not one of those places. I definitely feel safer in Cabo than driving through parts of Chicago when I return home to visit family. Los Cabos doesn’t see much violence. Living on the peninsula, in a sense, feels like an island, very distant from what goes on in the world.”

Jeness McIntosh works in a dental office in British Columbia, Canada. She has made four trips to Los Cabos and is eagerly looking forward to returning. “I’ve always felt comfortable here,” she says. “No matter where you go, it’s about whom you associate yourself with. If you play with fire, you’ll get burned. There are drugs and violence everywhere. I don’t walk through town by myself late at night here, but I don’t do that at home, either.”

Heather Hansen recently made her third visit to México, arriving on a cruise ship. “People said a lot of stuff,” she says. “‘Oh, you’re going to México? Don’t get killed.’ I wasn’t scared to come to Cabo, but I was scared about Puerta Vallarta. It’s much better in Cabo. People may grab you to try to sell you a fishing trip or a time-share, but that’s it.”

Heather’s husband, Trent, has made four trips to México. “I’ve never been worried about safety here,” he says of Los Cabos. “The only place I don’t like in México is over by the border at Rocky Point [how many tourists refer to the northwest Sonoran town of Puerto Peñasco]. I feel comfortable here. It’s just like you’re at home. The cruise lines aren’t going to take you to areas that aren’t safe and respectable.”