While their former colleagues are still facing several decades in the workforce, Susan Bessire Fraser and John Fraser are living the good life in Los Cabos. At an age where the average American is just beginning to save for retirement, this couple is deciding which beach to visit today. What is it like to move to Los Cabos? We asked them recently.
“We’d been looking at international living magazines for about a year and a half, but kept thinking about Cabo. We were concerned if we could afford it at this age, so we consulted with our financial advisor. When he said with proper planning we could do this now, we jumped on it,” Susan explains. With a strict budget in place, the couple began working with me via the Internet. In March 2013, they came down and found the perfect home. By early summer 2013, they had moved here permanently. The house they selected is in a newer, gated community located exactly halfway between Cabo San Lucas and San José del Cabo.

“We love the view. In fact, it’s a dual view,” John explains. “We have both the ocean and the mountains.” They say the floor plan is perfect for them, and they and their dogs enjoy the backyard. It’s a peaceful location, enough so that they can hear the waves. Because of the location they have the flexibility to get to know Cabo San Lucas and San José del Cabo. “And,” Susan adds, “we love that it’s paid for.”

Although they expected to enjoy the weather and beaches, the couple found a few unexpected bonuses. The cost of living is significantly lower than when they lived in the Dallas, Texas, area. In addition to the low property taxes, they find that utilities are “super affordable” compared with U.S. rates. Here in Los Cabos, most houses come furnished. But, of course, homebuyers always want to personalize their new digs. When they set out to redecorate, Susan and John say they were pleased to discover their custom draperies were inexpensive: They simply went to a fabric store and picked the fabric and style. The store has an on-site drapers shop, and the cost of labor was minimal. “If we had known the cost of goods and services are so low compared to the United States, we’d have taken advantage of them even back when we were just vacationing here,” Susan explains.

“Our friends keep asking me, ‘What do you do all day?” John says. The days just fly by here in Los Cabos, the couple says, explaining that it’s nice to have the time to enjoy themselves. They have become active in LIGA MAC, an organization based in San José del Cabo that provides needed services to families in crisis and promotes education and self-esteem among the city’s teen population. And John says he can’t believe he can grill dinner while watching the ocean.
­
Would Susan and John recommend others follow their example? “Just go ahead and do it,” they advise. “Do your research but be ready for a few surprises along the way. You will be on the road to a better standard of living.” Finances are not the only consideration, though. They suggest you also open up to the experience and want something more than just saving money. 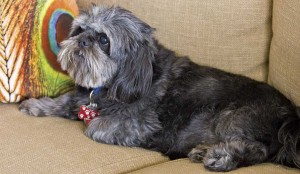 “There’s always someone to help you,” John says of the growing expatriate community. “There are strangers who will go out of their way to assist; it’s an automatic support system.” As other new arrivals have discovered, it’s easy to make friends and become part of the community.

More and more Americans and Canadians are finding Los Cabos to be the perfect setting for the next stage of their lives. Who’s next?