Todos Santos is a pueblo mágico, an artists retreat, and much more
By Sandra A. Berry 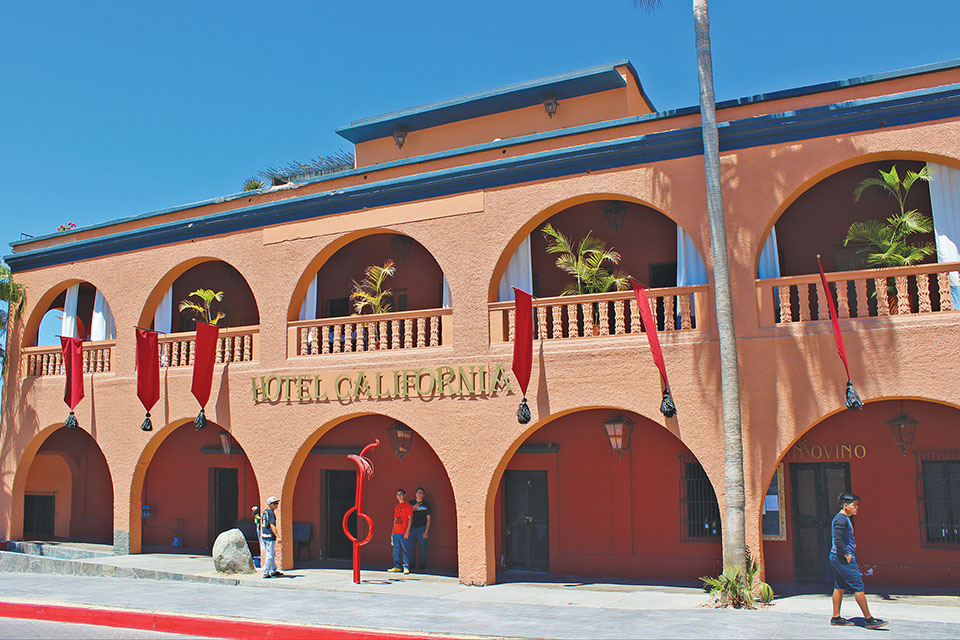 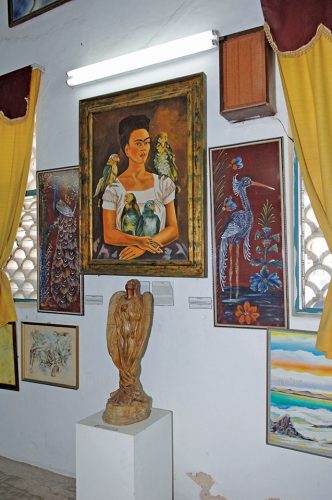 Todos Santos is a coastal palm oasis one hour north of bustling Cabo San Lucas and one hour south of La Paz, the capital of Baja California Sur. It’s a bohemian artists colony that feels at once timeless and avant-garde. This is a place that calls to people and for many different reasons. Some come in search of the México of yesteryear, a throwback to the novels they read growing up. Others seek to join the exciting arts scene; this is one of the most important art markets in the Baja Peninsula if not the whole country. Authors, poets, and all stripes of creative types retreat to Todos Santos. It is a sanctuary, a quiet place to reflect or retire. It is one of the most charming towns in all of Baja.

Being named a pueblo mágico in 2006 by the Ministry of Tourism helped place Todos Santos (its name means “All Saints”) on the map. There are more than 100 of these magical towns in México, and they’re recognized because of their outstanding histories, legends, important events, and ancient charm. The government invests in the infrastructure, dedicates resources to develop the communities, and promotes each pueblo mágico as a tourist destination. The program involves improving a town’s overall image while maintaining and emphasizing its customs and traditions. Townspeople are encouraged to use local or traditional building materials. This is evident in Todos Santos, where old brick buildings are restored and new structures built with aged brick, especially within the frame of the historic district. 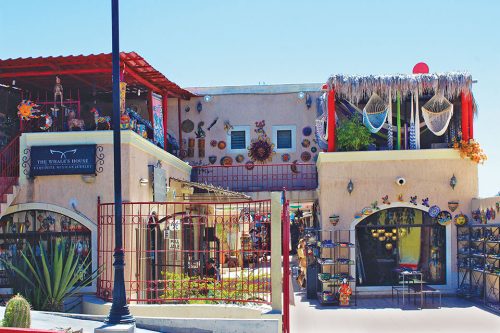 When I asked one transplant from British Columbia, Canada, what brought him to Todos Santos, the operative word in his description describing Todos Santos was small. “In Todos Santos, you feel a sense of community. Here you can make close friends…genuine friends with like interests. There is a certain rhythm and tempo that is slower. That is the real heartbeat of the town, what many seek when coming to Todos Santos, but,” he hastens to say, “visitors need to learn to slow down. There are day-trippers and overnighters, but they need at least a week to allow time to slow down, take time to breathe, relax and do nothing.” Fortunately, there is an abundance of accommodations to fill that need, along with restaurants under palapa roofs with flowing fountains, surrounded by swaying palms and banana trees, lush gardens, and the sound of a Mexican guitar. 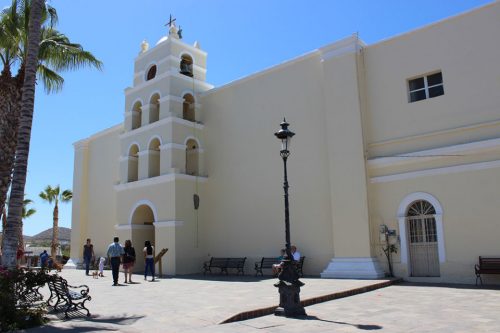 Todos Santos may be small, but it is big in other ways. There’s plenty to see and do. There are bike tours, painting classes, stargazing, bird-watching, cooking classes, wine tastings, whale sightings, sportfishing, hiking, surfing, kayaking, snorkeling, yoga, and beautiful beaches to visit. There are annual art, music, and wine festivals, as well as an historic home tour. Todos Santos is a walking city. Its small size means you can walk from your hotel to any of the town’s eateries and stroll along the gently sloping cobblestone streets, wandering in and out of fine art galleries and shops that sell Mexican crafts. There are galleries galore, such as the museum-like Galleria de Todos Santos. And you can’t miss Galleria Logan with its welcoming inlaid tile wall. Be sure to stop in for a handmade chocolate orange truffle from Chocolates La Laguna. Don’t leave town without visiting Emporio Gallery & Store at Hotel California (www.hotelcaliforniabaja.com), which was founded by Chinese immigrants in 1947. Stop for a rest in the 100-year-old church and enjoy the amazing natural light that shines through the colorful glass windows. From tacos to gourmet food, there are restaurants for every palate. Some, which are called fondas, offer family-style dining where you can taste simple, traditional Mexican food. Or you can dine on fine Italian cuisine at Café Santa Fe (www.cafesantafetodossantos.com); one of the first restaurants here, it dates back more than 25 years in the area. Caffé Todos Santos is a favorite of locals, especially for breakfast and as a bakery—stop in for a chocolate chip muffin—or a hearty sandwich for lunch. Located in a former residence, the walls of art are intriguing. Many of the boutique hotels have restaurants with a variety of cuisine. 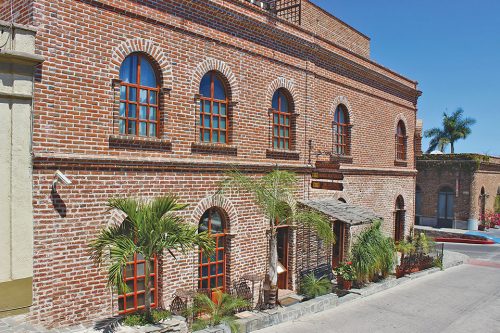 Dating back to the 1700s, the Todos Santos region was founded by native Guaycura Indians. The name has been preserved by the Guaycura Hotel, located in the historic center of town. It offers a plaque with a bit of the history. The tribe lived a nomadic life until illness caused its near extinction and the Pericú rebellion around 1724, when the mission was founded by the Jesuits. The town flourished until the end of the century, when its water supply disappeared. Water miraculously reappeared in the 19th century, and Todos Santos became a prosperous sugar haven with eight sugar mills. Remnants of the red brick colonial-style structures of the sugar barons are still visible (just visit the Todos Santos Inn). During the 1950s, a mysterious geological event once again caused the water table to drop. The town dried up, eliminating its industry. Then, an odd phenomenon occurred in 1981: The water supply strangely returned. Since then, the town’s population has progressively increased, due to its formation of an agricultural center producing fruits and vegetables and as a cultural and artistic center, a tourist attraction, and a haven for retirees 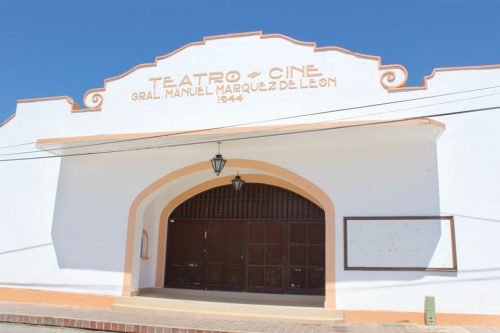 A step-up in progress is the recent bypass of Highway 19 around the town to La Paz. The irony of the damages incurred by a major 2014 hurricane is that it allowed the federal government to make substantial improvements for a safer and more attractive district. New light standards with underground wiring replaced the 300 poles that were damaged, new trees have replaced those uprooted, streets were repaired with red paver crosswalks, and many structures revamped, but still in keeping with the image criteria established for color, height, architecture, and signage. The historic theater was restored in 2011 and presents various community services.

Todos Santos offers what many seek in the way of peace and quiet, time to think, time to heal, time to do nothing. It has this magical power, even without the designation.