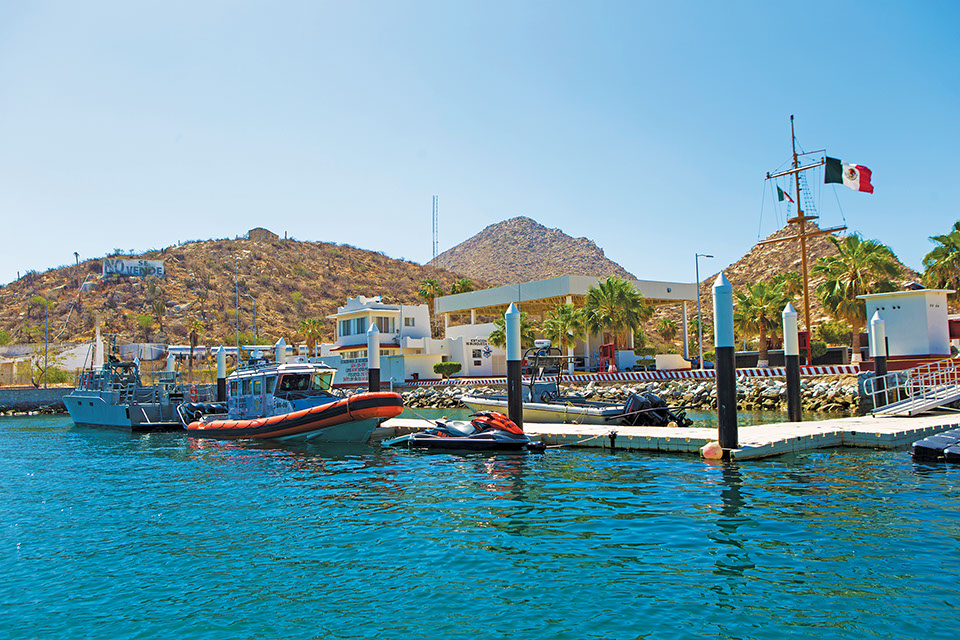 México is one of the largest countries in the world. It has more than 5,800 miles of coastline and an exclusive sea zone that extends 200 nautical miles off each coast to create a territory of more than 1 million square miles.

Protecting these waters and the safety of those in México—residents and visitors—is the top priority of the nation’s Secretaria de Marina – Armada de México (secretary of the Navy and Mexican Navy), whose stated mission is “to use the naval force of the federation for external defense and to help with internal order.”

The Mexican Navy plays an important role in the Los Cabos region. The Cabo San Lucas Naval Sector includes a Naval Station for search, rescue, and maritime surveillance (ENSAR Los Cabos) that has a captain (comandante), three officials, eight vessel captains, 10 rescue swimmers, as well as administrative staff, who together oversee search and rescue operations 24 hours a day every day of the year.

It warrants mentioning that since ENSAR Los Cabos’ inception in 2009, it has assisted in more than 1,000 maritime emergencies and saved the lives of 826 people.

During any given emergency search and rescue call, it may cover up to 50 nautical miles, from Cabo San Lucas to Todos Santos on the Pacific Ocean side and to Punta Arena on the Sea of Cortés side. ENSAR Los Cabos can do a single search for up to five hours, using surface units. There’s one MLB boat (good for bad weather); two Defender-class, high-speed boats; and two wave runners. In order to protect human life at sea, the response time for meeting a maritime emergency is less than five minutes.

The base is equipped with two Defender class boats, two inception boats, two high-speed aqua-motor boats, and two larger, unsinkable ships that help midshipmen maintain safety and security at all times in the seas surrounding Baja California Sur. The higher fuel capacity boats can go as far as 60 miles. (It also has three 4X4 trucks, one ambulance, and a larger truck for mass transporting of personnel and/or the local populace during emergencies.) The Naval Sector also has vehicles for transportation of personnel during emergencies in disaster areas. 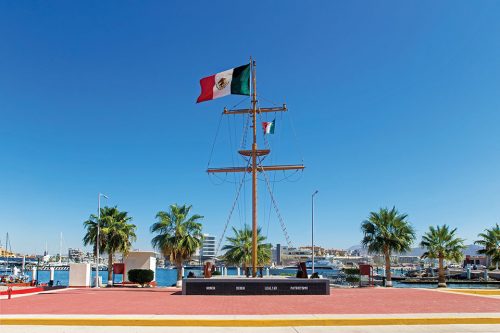 Not only does the Mexican Navy equip its personnel with first-class equipment, but it also provides first-rate training at Escuela de Búsqueda, Rescate y Buceo, a school focused on search, rescue, and diving in Acapulco, Guerrero. There, they receive their initial training as well as refresher courses. There’s a focus on search and rescue protocol and, locally, exercises are performed for constant training. This includes drills on the emergencies that are most common in Los Cabos.

The Mexican Navy supports other agencies in maintaining the rule of law, to help ensure the protection of human rights within the local community. Similarly, it supports the Port Authority to provide security at the port of Cabo San Lucas. Marines staff this and, in some cases, work with canines to detect and prevent the transport of banned substances. 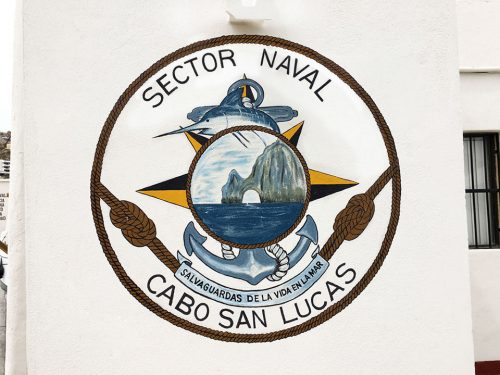 Additionally, the Mexican Navy provides maritime safety for cruise ships and actively participates in the protection of the marine environment, disentanglement of whales during the whale watching season (December to April) and verifying that there are no spills on the beaches of the town. It also maintains a close relationship with the local community, promoting citizen participation and providing social work activities in public institutions, such as medical, dental, and hairdressing service free for charities. 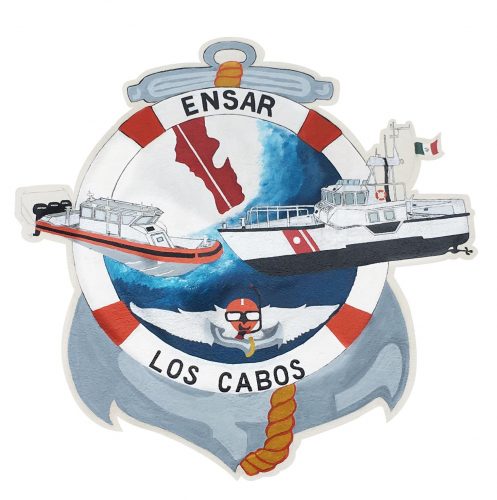 In recent years, the Mexican Navy’s aircrafts have been a valuable tool for maritime emergencies and to facilitate the arrival of aid to remote populations during natural disasters that have hit this area. A clear example is Hurricane Odile in September of 2014. The aircrafts are in located in La Paz, but there is the possibility of having them in Los Cabos to aid in Mexican Navy operations.

In the event of a maritime emergency, the Naval Sector of Cabo San Lucas offers the following means of contact: