As Los Cabos Magazine celebrates 25 years, we salute the restaurants that have also stood the test of time
By Sandra A. Berry 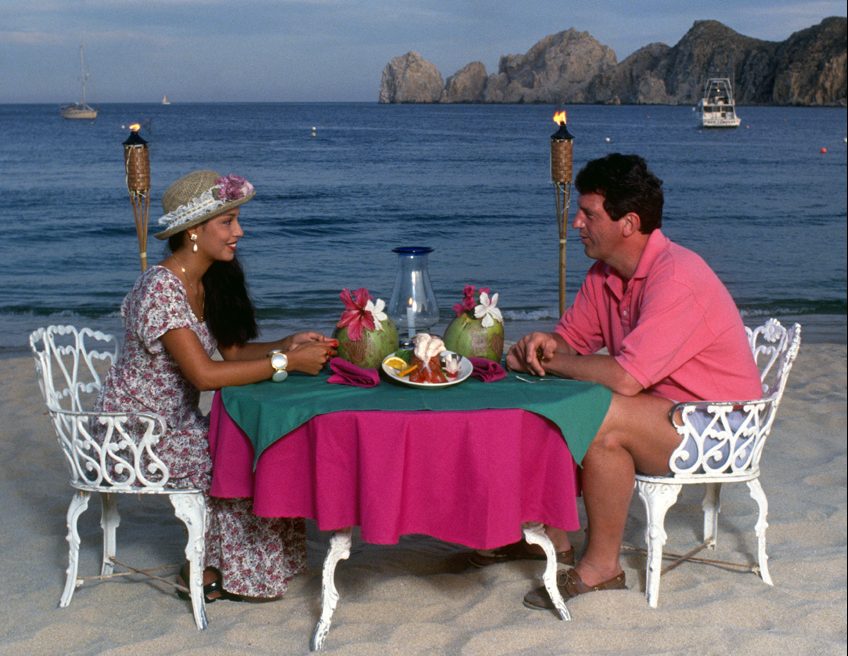 As Los Cabos Magazine celebrates its 25th year of publication, we wanted to take a moment to honor the transformation this region has undertaken and the restaurants that have made it what it is: a spectacular destination with world-class dining.

One Los Cabos favorite that’s been around since before the magazine debuted is Baja Cantina (www.baja cantinamarina.com) on the Cabo San Lucas Marina. It’s where we used to go in the old days when the power would go out across town (frequently), and it’s where I would stop for a light meal from the bar menu after taking salsa lessons at Mambo Cafe in what is now called Tesoro Resort (www.tesororesorts.com). 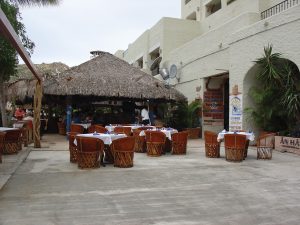 A favorite then and a favorite now, Romeo & Julieta (www.restaurantromeoyjulieta.com) is in its 33rd year in business and still a go-to place for authentic Italian cuisine in a romantic setting.

Back in the old days, you’d go to the Trailer Park if you were looking for a romantic night out. Yes, that was its name. Now it’s known as La Golondrina (www.lagolondrinarestaurant .com), and it’s known for huge servings of whole lobster and more than 100 items on board menus, all of which are served in the courtyard under twinkling lights hanging from century-old trees. When I first arrived in Cabo San Lucas in the early 1990s and was told that the restaurant to go to was The Trailer Park, the name made me hesitate. I went. I  loved it and have been a fan ever since.

Peacocks (www.peacocksrestaurant .com) is part of the Mi Casa group of restaurants, and it has a wonderfully European flair. Around since 1990, it may get less attention than its sister spots, but it’s an incredible spot for farm-to-table deliciousness. Its eye-catching sister restaurants Mi Casa (www.micasarestaurant.com.mx) are worth visiting just to witness the history in painted murals on the walls in both the Cabo San Lucas and San José del Cabo locations. 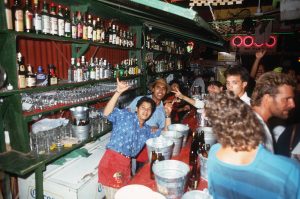 The Office (www.theofficeonthe beach.com) is synonymous with Los Cabos…and it’s another spot I hesitated to visit because the name threw me off, but I succumbed because it was highly recommended. It’s now a place I recommend whenever friends and family come to visit. Sitting on the sand, watching water activities—that what it’s all about.

Cabo Wabo (www.cabowabocantina .com) arrived on the scene in 1990 at a time when Cabo San Lucas was still known as a sleepy fishing village. Rocker Sammy Hagar had a dream to open a tequila bar with a small stage so that he could perform when in town and other musicians could take advantage of it, too. What resulted was way before its time, but Los Cabos has risen to the occasion and since grown in proportion to this iconic spot, which has become a landmark for Cabo and is on every visitor’s must-visit list—if only to take a tour, a photo, or indulge in some great cantina food and tequila. Other nightclubs of that era include El Squid Roe (www.elsquidroe.com), a raucous place where you could (and still can) party like a rock star, and Giggling Marlin (www.gigglingmarlin.com), which debuted during the 1980s and is known for its fun and wild show. Food is ancillary to the action at either place, but the offerings are satisfactory and necessary when downing straight shots of tequila poured into open mouths.

What was known as Latitude 22 back in 1988 is now The Roadhouse and located in a new spot. It’s still a hangout for expats and still serving what owner Mike Grzanich calls Croatian specialties; think comfort food such as roast prime rib, chicken fried steak, meat loaf, and fried chicken. The marine memorabilia is worth a visit all its own. 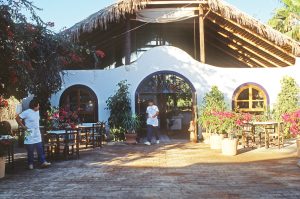 Gardenias (www.tacosgardenias.com) has long been a favorite for tacos. And it offers a huge variety, with everything from traditional fish or steak tacos to less-common finds like cochinita pibil and nopales. Villa Serena (www.villaserenarestaurant.com) on the tourist corridor is known for its $19.95 U.S. lobster dinner. Can you believe it was once only $9.95 U.S.?

I remember sitting on the beach in the early 1990s with my toes in the sand at Casa Cascadas (www.casacascadas.com) for a lovely moonlit dinner within a few yards of the lapping shoreline. That impression is still heavy on my mind, and Casa Cascadas is still a spot I love to visit throughout the week, especially for Sunday brunch.

El Coral (www.loscabosguide.com/item/el-coral) opened in 1975. Located across from Tesoro Resort, the restaurant—now bigger and remodeled is still in the running for most authentic Mexican fare. 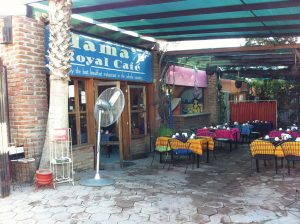 Mama’s Royal Cafe (www.mamasroyalcafeloscabos.com) has a reputation for having the best French toast, and I can’t disagree. This is where many yacht people hung out back in the days, leaving messages for one another due to lack of any sophisticated telecommunication.

Nick-San (www.nicksan.com) made its debut a quarter-century ago and was widely recognized as the best Japanese fare on the entire western coast. It is still a big draw. Not everyone comes to México to eat Mexican food only. A second location was later opened in the Shoppes at Palmilla, and both are thriving.

What Mary and John Bragg started more than 25 years ago with Pancho’s (www.panchos.com) is still one of the liveliest spots to go for great food. Boasting nearly 600 labels of tequila, this is the place to get educated on tequila and earn a certificate while enjoying different tastes and brands of México’s native distilled beverage.

San José del Cabo has its memorable restaurants like Tropicana Inn (www.tropicanainn.com.mx). Back in late 1980s and early 1990s, it’s where everyone went for details on approaching storms and hurricanes; it was the only place that had TV service. Many used the public phone service to communicate to the outside world because there wasn’t telephone service in the area.

Los Cabos is just a baby compared to dates on edifices in other parts of the world—and mainland México. Reminiscing about 25 years ago is a trip down memory lane to those of us who have experienced the growth of Los Cabos. It’s the way it was, and we remember how we laughed away the hours. Those days were magical. We’re happy to share that with you.