An inside look at our 25th anniversary celebration 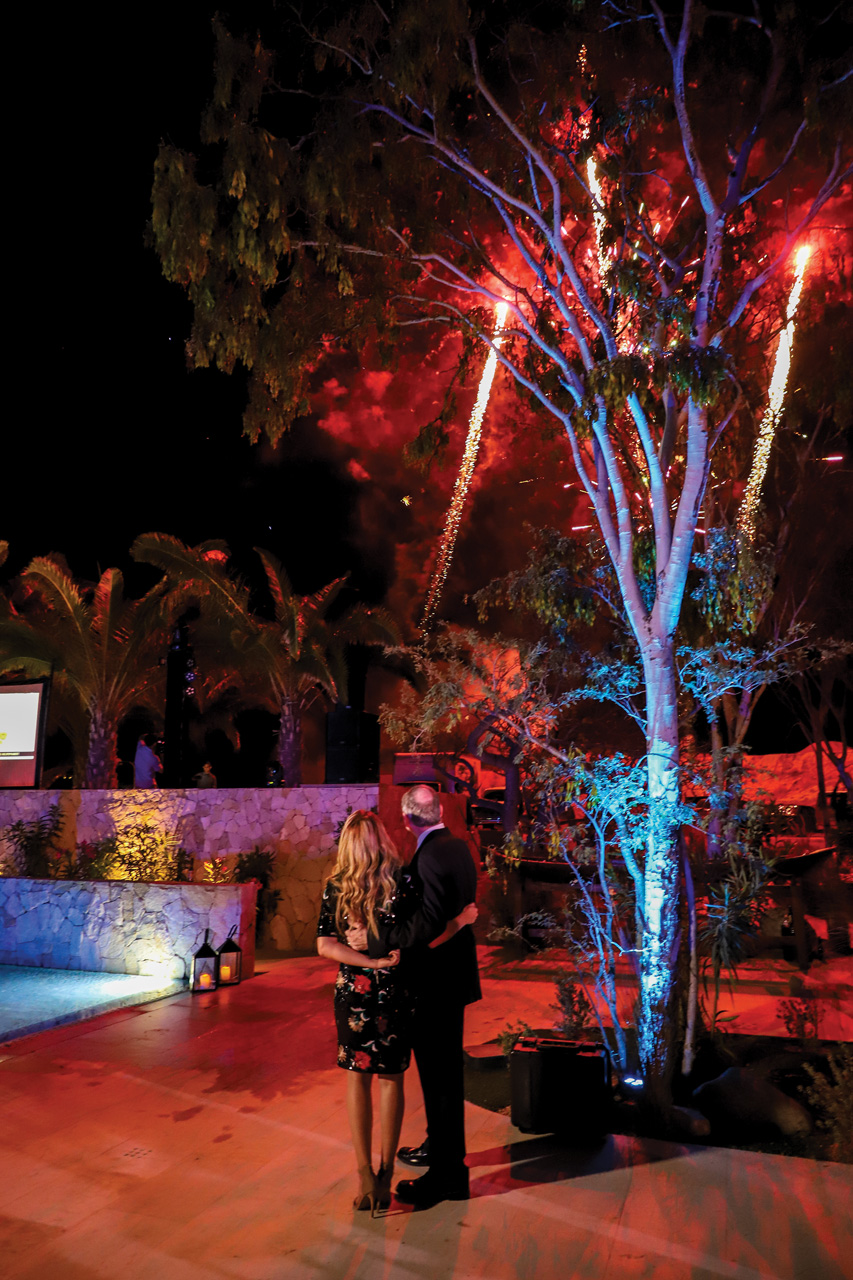 You can’t turn 25 without throwing a big party, right?

That’s just what we did when the Los Cabos Magazineteam celebrated our 25th anniversary at the Palmilla Dunes residential complex in San José del Cabo in April. Los Cabos Magazinegeneral manager Perla Palomino, publisher Joseph A.Tyson, and Palmilla Dunes assistant to the developer Patricia Soto pulled out all the stops for an elegant evening of wine, food, music, and extraordinary entertainment.

Guests were greeted at the red carpet entrance with a step-and-repeat photo backdrop and costumed stilt-walkers on either side before being ushered down to the beautiful oversize pool area illuminated with colored, flickering lights. That’s where wine and hors d’oeuvres were provided by Deni’s Catering. 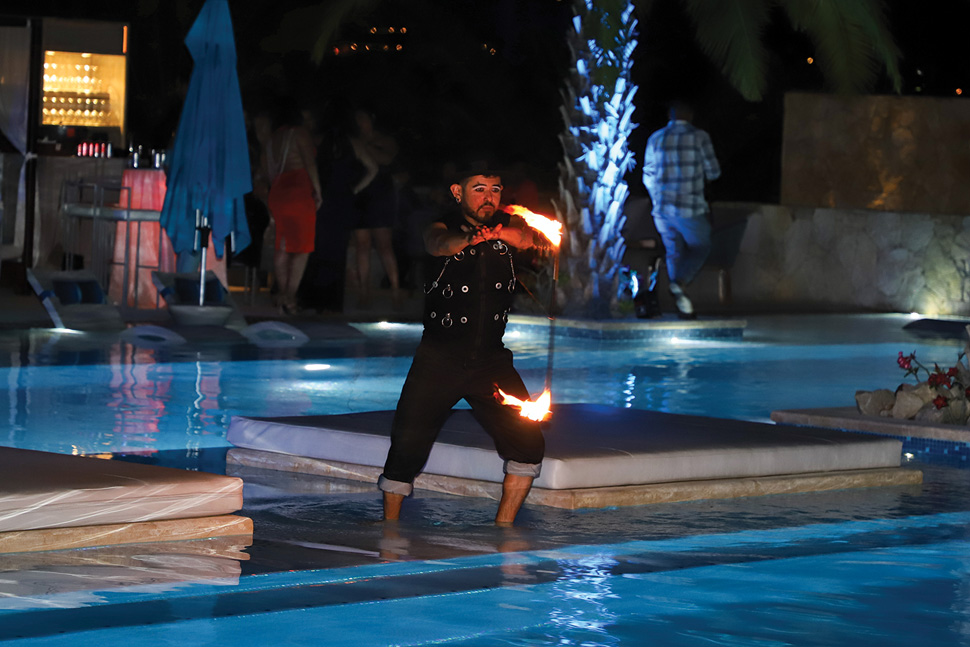 Cabo Entertainment Company and LaCirco provided live music, singers, acrobats, contortionists, and a fire show to the enjoyment of the more than 300 elite guests who mixed, mingled, and strolled around the enchanting pool area. A theatrical performance by Scaramuccia Theater and dances by Antonio Vargas Studio and Euridice Dance Center added to the top-notch show. Some of the entertainment took place in the shallow water of the pool, which added to the uniqueness of the entertainment.

Tyson thanked everyone for joining in the anniversary celebration. “It has been an incredible ride and quite an evolution—for me, the magazine, and Los Cabos,” he stated in his opening remarks. “They say there are no bad days in Cabo, but the truth is that we have weathered a lot—both as a publication and more generally as a community. From hurricanes to the recession, swine flu, and the ups and downs of tourism, we’ve had our growing pains and our obstacles. But through it all, we have persisted.”

“I came to Los Cabos from West Point, Virginia, back in the early 1990s. I was drawn here by my love of adventure and photography. Cabo looked very different back then. Cabo Wabo was just getting started. Fishing was still the primary beach activity. All in all, it felt a little like an untouched Wild West.

“I started by selling advertising for the originalBaja Traveler magazine before it was reorganized with new management in 1991 under the new title Baja Explorerand then shuttered in early 1992. When the second publisher decided to close Baja Explorer magazine, I decided to stay in Los Cabos and produce my own publication. I was already designing brochures, postcards, and rack cards for clients. 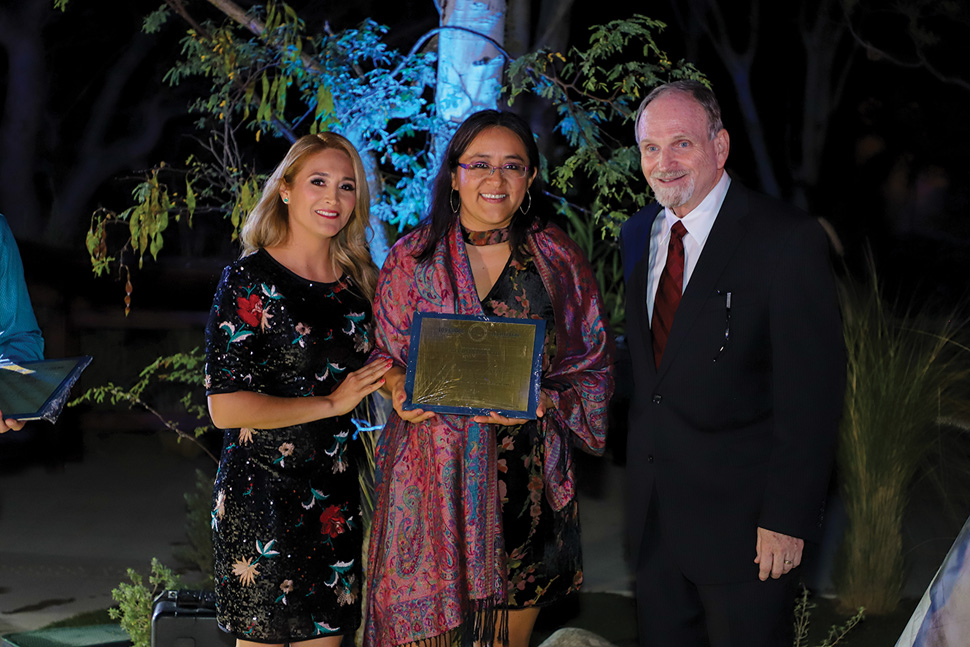 “We published the first issue of what we then called Los Cabos Real Estate Guideon October 16, 1993. It was 40 pages. One year later, we rebranded as Los Cabos Guide. And, in 1998, we officially became Los Cabos Magazine: It was now 132 pages, and some 125,000 copies were printed for the year. To date we have printed approximately 2.6 million copies. From our humble beginnings, our company has grown to operate 30 websites, our popular voucher program, and the magazine.

“Our goal has never changed: We aim to be the primary hub of information for tourists in the region. And we’ve been able to do that because of the support of so many people, many of whom are here tonight.

“I want to thank our Los Cabos Magazineteam, too, starting with my wife, Perla Palomino. Our editor Ashley Alvarado couldn’t be here tonight, but she’s been with the magazine for a decade and asked me to send her best. The design of the magazine has also gotten sharper over the years, and I’d like to thank designer Rogelio Perez and those who came before him.  As you can see, this is a group effort. I just want to say thank you once more to all of you for your support. We couldn’t do it without you.” 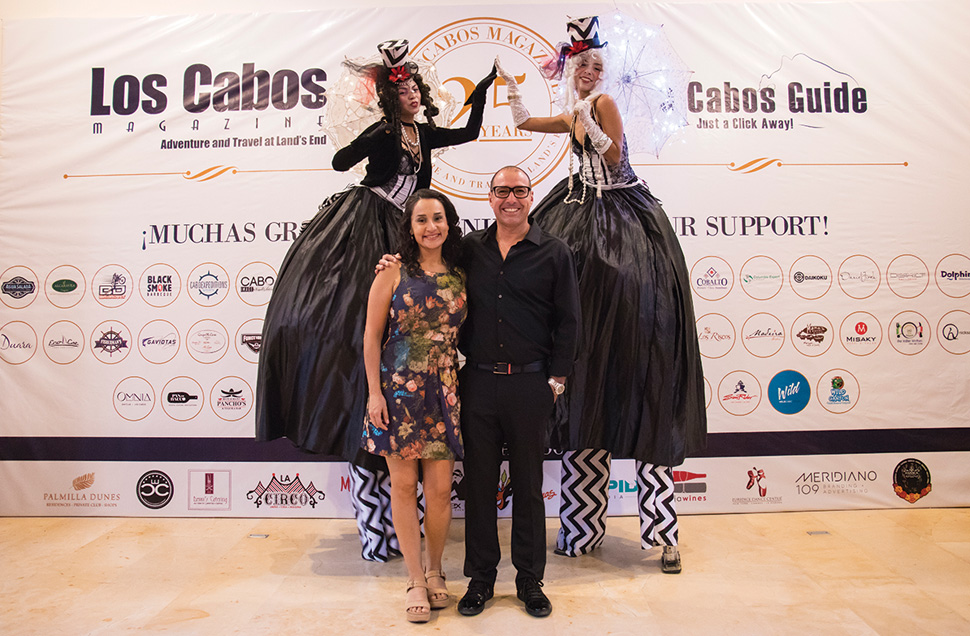 Recognition plaques were presented to the following advertisers for their longtime association. They were Romeo & Julieta and Pisces Group, both since 1994; Panchos Restaurant, Cabo Wabo, and Mi Casa since 1995; Pitahayas and Nick-San since 1998; Grupo Pez Gato since 2001; Sun Cabo, Solomon’s Landing, and Cabo Rey since 2004; and Plaza Bonita, Cactus Rent-a-Car, Sunset Monalisa, and Silverados Sport Fishing since 2007. The following collaborators were also honored with plaques for their “commitment, passion and talent dedicated to Los Cabos Magazine”: Ashley Alvarado, editor; Sandra A. Berry, writer; Andrick Oechler, Francisco Estrada, and Miguel Ventura, photographers.

An outstanding display of fireworks brought the evening to a close.