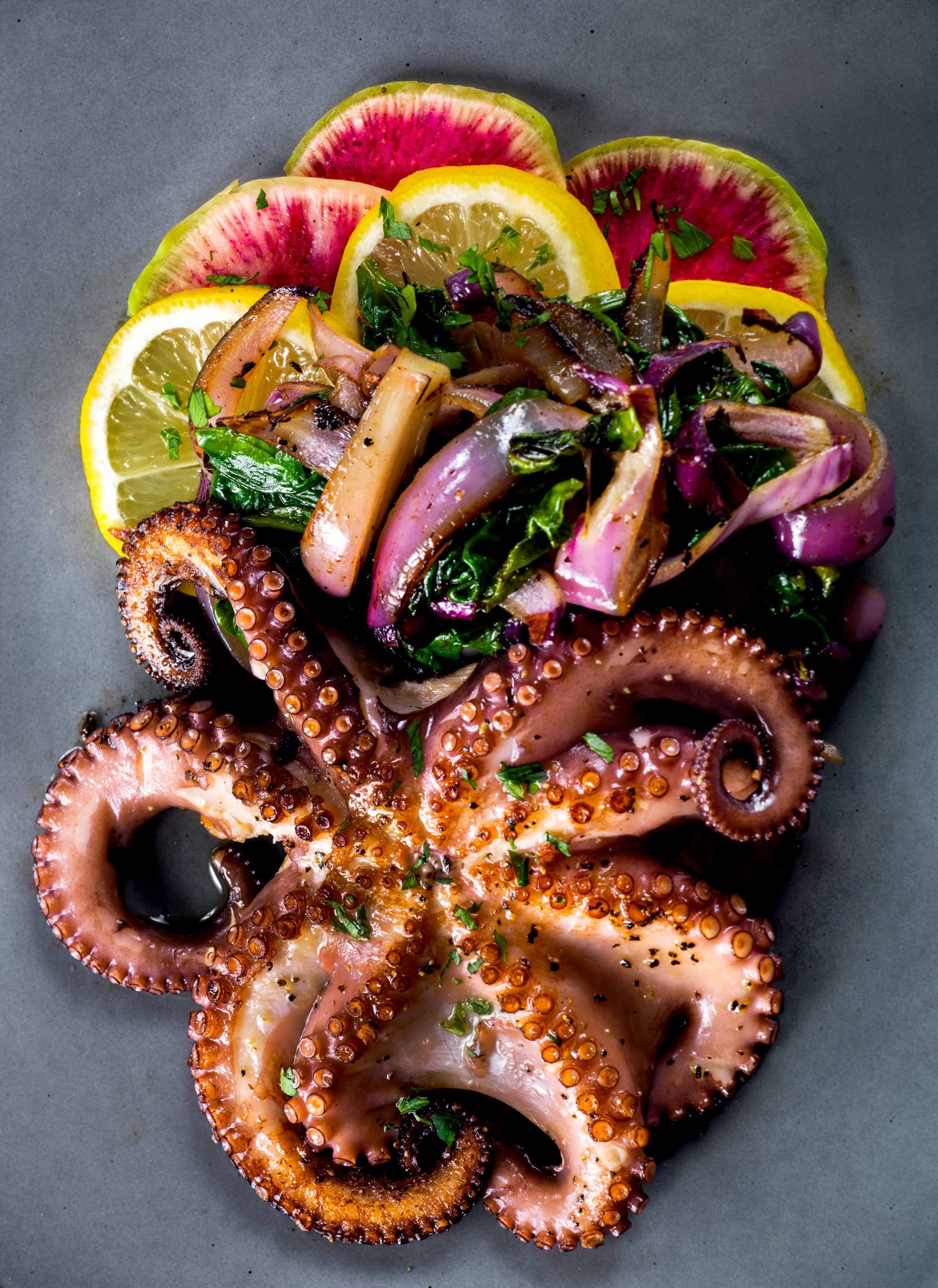 I was 23 years old. The kitchen moved me. I want to be a Chef. My Dad an accountant ventured into restaurants. Every weekend the whole family cooked. Those weekends with my family were my training. My mom prepared me. My father’s words stuck with me.

In the kitchen, time flies away from me. Thanks to the kitchen I’ve traveled, I’ve seen a lot, I got to live, I got to be in Italy and France during their zenith. When they represented the whole of the culinary spectrum. I traveled passionately. I married my job.
It took me many years and two failed marriages to learn how to separate life’s passions. To learn how to divide my responsibilities. I spend twelve to fourteen hours in the kitchen and I don’t even realize it. My body does. But not my mind, not my soul.
At 18 I started a Torta stand, at 20 a Hamgurguer stand, where things went so well demand overpassed my capacity to cope. So I had to let it go to someone who could manage.
At 23, I decided I wanted to be a Chef. I went to culinary school, I traveled, I worked, saved some money, and with my dad’s help, I opened my first restaurant. It thrived, I welcomed partners and this became the death of it for me. I had to let it go.

Demoralized and desperate I move to Toronto, Canada. I continued training, worked in Little Italy. My wife hated the cold. Cabo it is then. I would have stayed in Canada.

I arrived in Cabo San Lucas, 15 days before my family. I wasn’t convinced, so I went to walk around the town, to get to know the place. There hardly was anything here, it wasn’t at all a city, it was a town. After a lot of walking, I stopped at a Taco stand and saw a lot of people walking by, hoards of hotel staff swarmed past.
You couldn’t find anything to eat other than Tacos and Fritangas. The tourist avenue had more culinary options, but their prices weren’t for the locals.

I saw a for rent sign on that corner. I knocked on the door and asked the lady who opened to rent it to me.

I made my own bar, my own table, I had no sign. I put on my Apron, pied de poule, and Toque. And cooked. I handed the hoards of uniformed staff samples of my food. To my surprise, it was full every day. It was the people who began to ask me to cook Italian. It had been 3 days since I arrived in Cabo. I called my wife and told her I had opened a restaurant.
“Alcaravea, brings the good winds, and the good times.”
A block away was a café. They ordered food from me every day. I became good friends with the owners. One day, they offered me their spot, they handed it over to me empty. A baron room. I put a few plastic tables and put up a canvas to partition the restaurant from the adjacent parking lot. To this day, this is where you’ll find Alcaravea.

It’s about a lot of personal inter-action. No matter what we have to do to go further. It’s about hu-mility. We do everything we can to create an unforgettable expe-rience. Money is subsequential. We work hard to cultivate our confidence, it’s in studying that we gain credence in what we do. The menu is only a part of the culinary offer. Alcaravea cooks with as many organic products as it can get its hands-on, they have gluten-free flour, pasta and bread, and vegan options that aren’t expressly on the menu. Al-caravea doesn’t claim to special-ize itself as a Gluten-free, vegan or organic restaurant. Neverthe-less, Alcaravea is here to serve our customers as best they can. There are always options that go beyond the menu if need be. Disposition is one of the utmost priorities.
Little by little Alcaravea has grown into what it is now. Every-thing has been gradually added on. Designed by life and living. A little of the Mediterranean, Ital-ian, Spanish and French.
Crisis has always somehow made us grow. In the end, it’s the cli-entele who have the final word. When Odile passed through, half of the restaurant fell down, but my customers never stopped coming. They’ve always been here, they always come back and it’s their support that lets us keep going.
It’s the customers who asked me to cook Italian. I treat the recipes tradition with respect. I treat Alcaraveas tradition with respect. The tradition of a restaurant for the people.