for All SeasonsHere are the activities you can enjoy all year 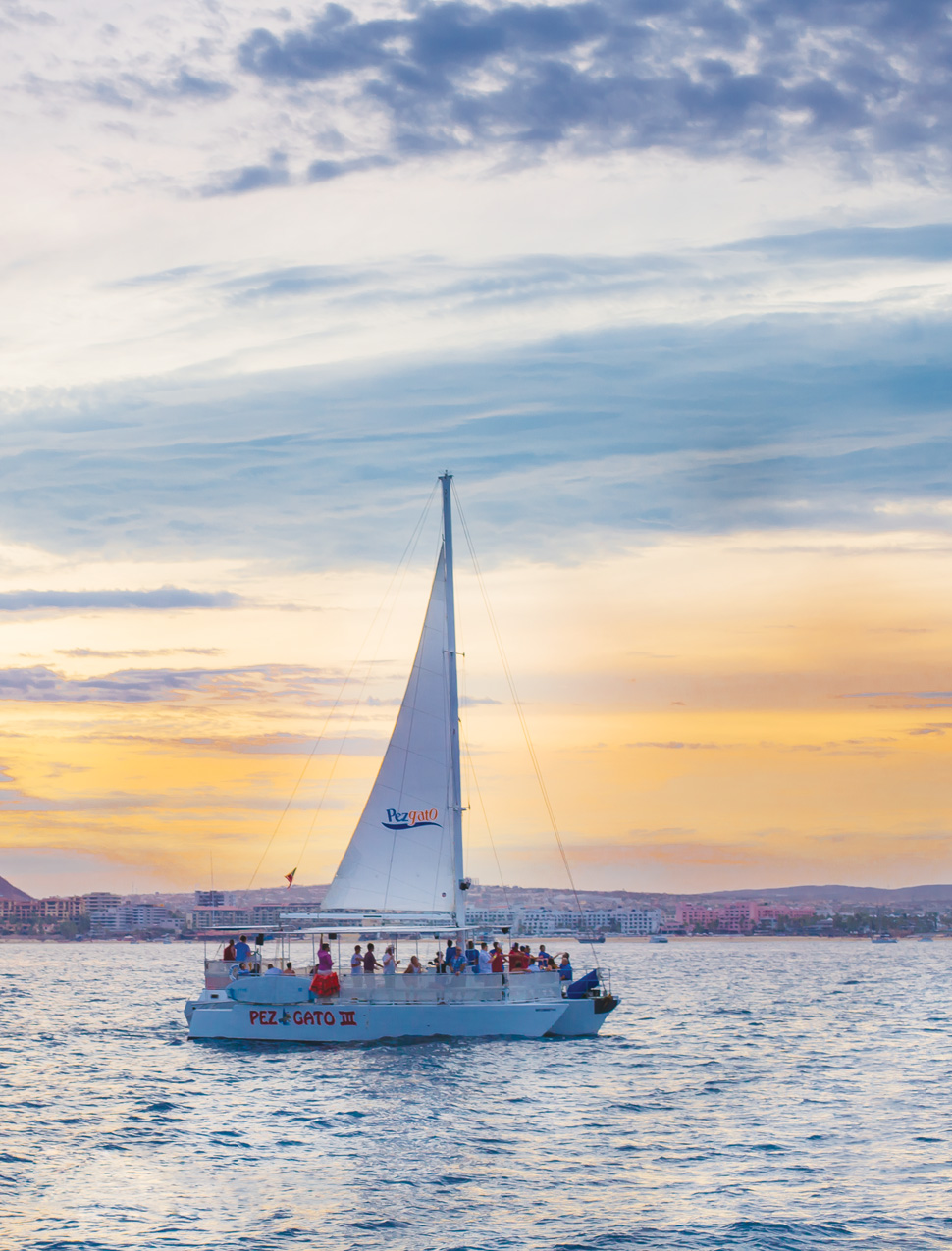 You hear a lot about seasons in Los Cabos: There’s tourism season (November–June), whale watching season (December–April), turtle release season (October–November), and the quiet season (summer). That’s before we even start talking about fishing tournaments and other fun competitions.

But what about those activities you can enjoy throughout the year? We’ve got you covered! Considering the amount of sunshine we get January through December, you can always count on water activities. On Playa el Médano (Médano Beach) alone, you’ll find parasailing, snorkeling, sunset cruises, wave runners, and water taxi excursions to Lover’s Beach.

The Los Cabos desert-like terrain makes for year-round opportunities to zoom around on all-terrain vehicles, fly across zip lines, and explore the fun yet peaceful tranquility of camel and horseback riding.

Horseback riding fees begin at $34–$45 U.S. per hour and are generally limited to anyone 4 years and older, although many tour companies allow for small children to ride on the lap of one of their parents. Part of this leniency is attributed to the gentle nature and thoughtful training of the horses at Los Cabos corrals. All local stables have strong personal relationships between owners and their horses, who together have been combing the beaches and mountains for more than three decades, entertaining their riders year in and year out—from pony to bronco to stallion.

You can experience off-road ATVs and zip lines at the amazing adventure park Wild Canyon.

And, of course, nothing beats the breathtaking options to play golf in Cabo on picturesque ocean-view courses designed by the sport’s greatest living legends.After the much publicized addition of the Tiger Woods-designed Diamante course, which opened in 2014, golfing in Los Cabos has never been better. The Tiger Woods Diamante ocean-front course joined the five breathtaking desert-ocean golf courses along the four-lane highway corridor; others are designed by Tom Weiskopf (Cabo del Sol), Tom Fazio (Querencia), Robert Trent Jones Jr. (Cabo Real), and two of them by the legendary Jack Nicklaus (El Dorado, Palmilla). Greg Norman, Gary Player, and Davis Love III are the other hall-of-fame Cabo golf course-designing legends. 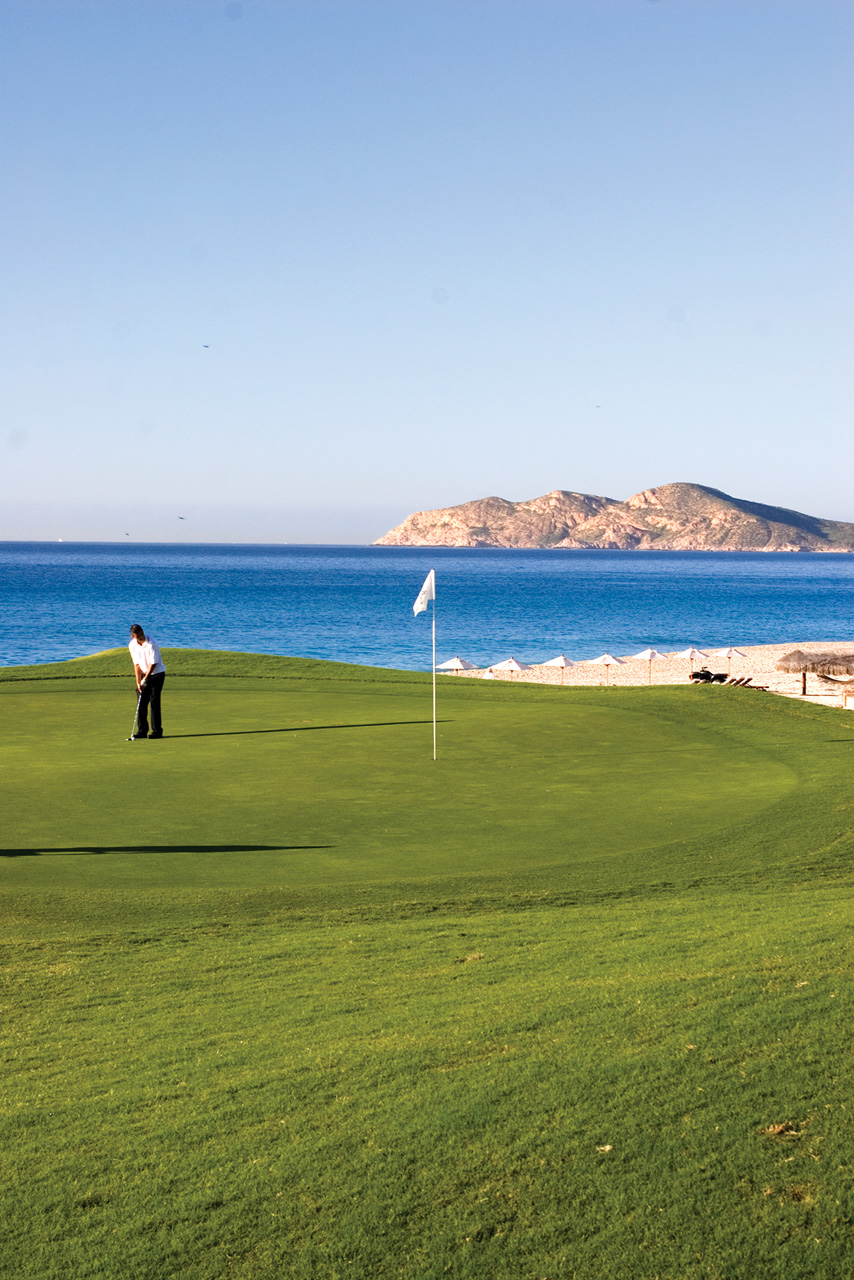 One of the most popular activities throughout the year is taking a sunset cruise around the Cabo San Lucas Bay and beyond. There’s a seemingly endless collection of tour providers. Prices start as low as $25 U.S. They can be casual or even offer five-star treatment. The CaboRey, for example, offers lobster and other fine fare plus a live, fire-filled floor show. There’s Tropicat for those who prefer wine and jazz with their sunsets, a fun fajita-fueled fiesta aboard the CaboMar, pirate festivities on Cabo Legend and Buccaneer Queen, and a smooth ride on Eco Cat and SunRider.

You can always find something fun to do on Médano Beach, often starting as early as 8 a.m. with water taxi rides, wave runner rentals, kayak rentals, and other ways to venture toward the arch at Land’s End and the two beaches there: Playa del Amor and Playa del Divorcio.

Want the best view of the city? Opt for parasailing with Cabo Expeditions or an aerial tour with Cabo Sky Tours.

The Sea of Cortés has been called the aquarium of the world, and you can explore it by diving or snorkeling just about 365 days a year. Enjoy its biologically diverse, clear waters, and colorful sea life with companies like Cabo Expeditions or Cabo Escape. There are plenty of beaches that allow you to wade in and explore, too—notably Santa María and Chileno. Up for a road trip? Cabo Pulmo is two hours away and worth the drive. It is an area protected by the federal government of México as a marine reserve. John Steinbeck wrote a book about his voyage to Cabo Pulmo aboard a scientific collecting expedition in 1940.

Kayak enthusiasts enjoy a memorable time at Cabo Pulmo as well as serene and tranquil kayak fun at San José del Cabo’s estuary. It’s a freshwater body of water and streams where kayaks traverse peacefully and in quiet, uncrowded bliss. In the Cabo San Lucas Bay, on the other hand, the waters can be a little busier and offer more resistance.