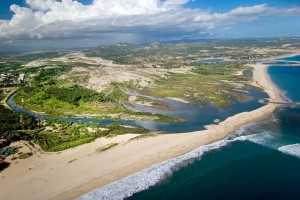 Los Cabos as a tourist destination is quite young. Las Cruces Palmilla, Hotel Cabo San Lucas, and Hotel Hacienda—the first hotels to boast more than just a few rooms—were built only about 50 years ago.

There are many lingering artifacts of this history: You just have to know where to look.

The estuary in San José del Cabo is a good place to start. Now known primarily as a wildlife sanctuary, the estuary was once an essential freshwater site for the original inhabitants of the region, a hunting and gathering tribe known as the Pericú. The estuary was also one of the reasons present-day Los Cabos became a player on the world stage.

The Manila–Acapulco galleon trade began in 1565, and it became an immensely lucrative linchpin in the series of trade routes that allowed Spain—then the world’s foremost sea power and colonizer—to funnel wealth back to its own shores.To find trade winds on the return route, galleons would sail as far north as Japan, then across to California, and down the coast until they encountered the rock formations at Land’s End in Cabo San Lucas. They would then take on freshwater at the San José del Cabo estuary, which they called “Aguada Segura,” before finishing their journey to Acapulco. 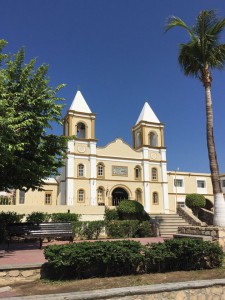 The galleons undertook this journey only once per year, so the amount of wealth they ferried was enormous. This fact was not lost on Spain’s enemies, and soon English and Dutch pirates were waiting in ambush, hidden by the rock formations at Land’s End.

Legendary figure Sir Francis Drake had carried out raids in the area by the 1570s, and, in 1587, a young English captain named Thomas Cavendish sank the supposedly invincible Spanish galleon “Santa Ana,” taking a fortune in prizes.
Such troubles convinced the Spanish that they needed permanent settlements on the peninsula, and the first Jesuit mission at Loreto opened in 1697. This ushered in the age of mission building in the Californias. A plaque honoring the site of the first mission in San José del Cabo, which opened in 1730, is located in the appropriately named Plaza Misión. 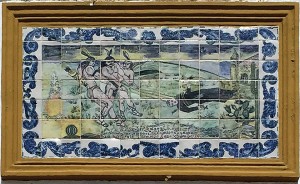 Conversion of the Pericúes was among the prime goals of the missionaries, but it proved easier said than done. The Rebellion of the Pericúes, which started in 1734, was the result of an ill-fated ban on polygamy. Jesuit priest Nicolás Tamaral was killed, as was a priest in nearby Santiago.A depiction of Tamaral’s death is set above the main doors of the old Catholic church in San José del Cabo, one of many important historical sites located near Plaza Mijares, the main square. The city hall, with its distinctive clock tower, was completed in 1930, and it houses wonderful murals depicting the history of the area, and of the country at large. 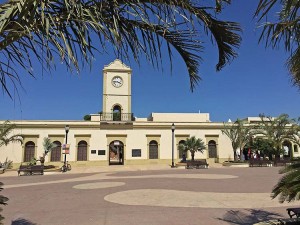 El Jardín de los Cabeños Ilustres is another must-visit downtown San José del Cabo site, showcasing monuments to many of the important figures in the history of Los Cabos. Lieutenant Antonio Mijares, for whom the plaza and the city’s main boulevard are named, holds a particular place of honor. He was wounded and later died after leading a heroic assault on the American garrison during the battle of San José del Cabo in the Mexican American War. 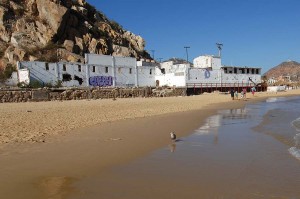 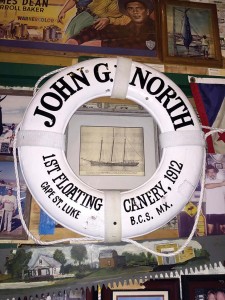 Other sites of note in Cabo San Lucas include the remains of the old tuna cannery, which was the center of industry in the town for many years. The first cannery was actually a three-masted ship called the “John G. North,” which anchored in the bay and was serviced by a fleet of smaller boats. It was destroyed by fire and replaced in 1927 by the Impresas Pando cannery on Playa Coral Negro, near the entrance to the present day Cabo San Lucas Marina.Photos of the ship and one of its life preservers are on display at Latitude 22 The Roadhouse, a popular bar and preserver of local history. The cannery itself, at one time the most productive in Latin America, stands as a reminder of life before tourism in Cabo San Lucas, when the population numbered only a few hundred people.

Previous Post: Little Italy – Mediterranean flavors are on display in restaurants throughout Los Cabos
Next Post: Cabo or Bust – So you’re moving to Cabo? That’s great: Now go have a garage sale. Maybe 10