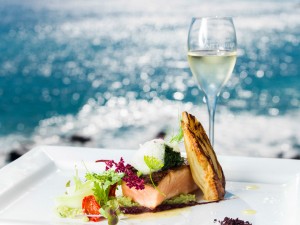 Though separated by eight time zones and more than 6,000 miles, you’ll find there are striking similarities between Southern Baja and the culinary wonderland that is Italy. Here, in Los Cabos, you can take a virtual culinary tour of Italy while also basking in the sunshine that makes this region a world-class destination. There is a vast range of delicious Italian recipes made at restaurants helmed by Italian-born chefs representing many of the 20 regions in Italy. 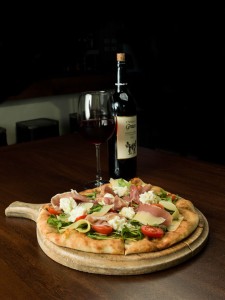 There is no such thing as typical Italian food, though many tend to associate it with spaghetti and meatballs or pizza and lasagna. Instead there are many types of Italian cuisine, including the variety chef Paolo Della Corteperfected while working with top Michelin Star chefs in Europe and Italy—specificallyin his homeland of Naples, where seafood is king. You can see his handiwork at the beautiful Sunset da Mona Lisa (www.sunsetdamonalisa.com), wherethe fresh catch of the day reallydisplays the best of what the sea has to offer. Besides being the best place to toast the sunset, it’s the place to have another favorite from Naples:colorful gelato showcased in semi-frozen tiramisu with Italian coffee ice cream. 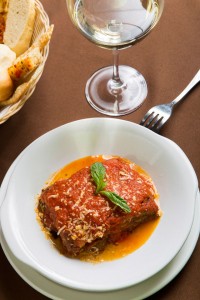 Naples is where pizza originated. A nice variety can be found at Sunset Point Pizza Lounge, the sister restaurant to Sunset da Mona Lisa; it has the same drop-dead view with a more casual ambience.Stop by during happy hour and enjoy complimentary tapas with a glass of wine.From the same restauranteur group,comesPan di Bacco(www.pandibacco.com). This downtown Cabo San Lucas eateryserves breakfast, lunch,and dinner.Artisanal breads are a part of Italian gastronome,and here you’ll find them made with olives, walnut, garlic, and herbs. There are also pastries filled with Nutella—that delicious concoction of hazelnut, chocolate, and palm oil—as well as great pizza.Cappuccino and espresso are also famous Italian exports, and you’ll find some of the best at Pan di Bacco. 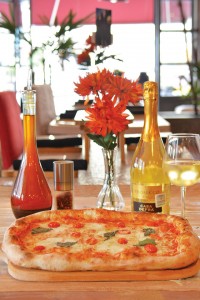 From the ancient area of Puglia in the “heel” of the boot-shaped Italy, comes chef Matias Forte of Romeo &Julieta(www.restaurantromeoandjulieta.com). His menu pairsthe creamy and luscious burrata cheese with Campari tomatoes as a first course.Fortehas made clear his goal to create an atmosphere where wine is served as naturally as water, the way he says it is in his homeland. He has created a Saturday night wine list with affordable prices so that everyone can enjoy what happens when wine and savory Italian fare hit the palate. 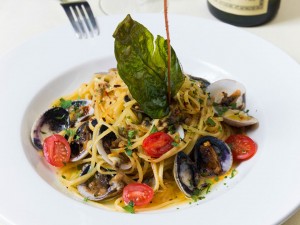 At Alcaravea Gourmet(wwwalcaraveagourmet.com),Enrique Diaz Gerard’s carbonarais creamy, though made without a drop of cream. This chef has traveled the world, especially the Mediterranean, and that travel has influenced many recipes appearing on his menu. These recipes are so authentic that you’ll be speaking Italian before you leave.

You might find dishes from the south of Italy served at La Tarantella (www.latarantellacabo.com). Tucked away from the hustle and bustle of downtown Cabo San Lucas, this quiet and affordable Italian-Mediterranean eatery is helmed by a Mexicanchef who has been preparing Italian fare for 15 years and specializes in dishes such as spaghetti with seafood and seafood risotto. An interesting take on classic crème brûlée is served with a touch of basil.

Chef AntonelloLauricomes from Rome, and it’s his grandmother’s secrets of Italian cooking that he usesto delight the patrons of Invita Bistro(www.invitabistro.com). Menu highlights include the traditional-style lasagna made with Bolognese(or ragù) sauce, a staple of Italian cuisine from Bologna.

The wife and family of Pablo Portillo, owner of La Forchetta (www.laforchetta.mx) in San José del Cabo, are from the Pescara region of Italy. The restaurantfeatures the popular dishes of ravioli and risotto on the menu. Some say the sailors of Northern Italy invented ravioli because they did not want food to go to waste on the boat and so they ground up leftover meat and veggies, then stuffed that mixture into pasta pockets. 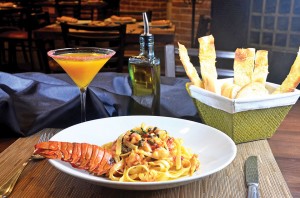 It is a well-known truth that pasta is timeless. Italians seem to have fresh pasta in their DNA. AndPresto on the Cabo San Lucas Marina (www.goldenzonecabo.com) is a great spot for a quick fix of pasta.

Most ItaliansI’ve met have a deep love for real flavor, and Italians are famous for their love of leisurely, multicourse meals. I’ve been told you’re most likely to come across an old-style trattoria in the rural parts of Italy; this is the sort of place where there’s no written menu, a place where you are more likely to taste the food of an Italian grandmother. DOC Wine Bar (www.docwinebarmexico.com)might be considered such a place; the specialties of the day are written on a chalk board and may include mussels with gorgonzola in white wine or a Sicilian-style fish in sea salt. 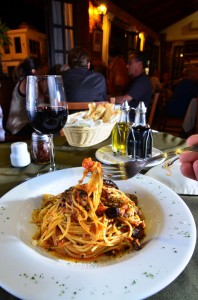 Italian food covers a wide range of dishes, ingredients, and methods of cooking—depending on the history and location of the region. Take, for example, the food of La Dolce (www.ladolcerestaurant.com) with its two locations. Italian-born Stefano Miotto brings hand-crafted pastas, thin crust pizza, gnocchi that is lighter than air, and flan Napolitano, all reminiscent of his heritage of Northern Italy.

There are many other Italian restaurants in Los Cabos that are worthy of exploring: Salvatore’sis well known for its huge portions in Cabo San Lucas, while Fiorenza(624-142-1652) is making a name for itself in San José del Cabo.

A custom in Italy is to greet friends and relatives by kissing them on both cheeks (the right one first). So don’t be surprised when the chef or owner at any one of these great Italian restaurants greets you with this ritual. Just say “Ciao,” pretend you are in Italy, and offer the other cheek.

Previous Post: Titan of the Sea – Baja Lobster Co. is the definition of casual elegance on the Cabo San Lucas Marina
Next Post: Pirates, Paradise, and the Pericú – Mapping the rich, complicated history of Los Cabos