There is no denying it: The headlines are startling. In recent years, deadly cartel violence and corruption have taken center stage in México, eclipsing the allure of many of its historic cities and temples, beaches, and luxurious resorts. But, as with everything, it’s imperative that travelers read beyond the headlines. Because, if you don’t, you’ll miss the good news: Los Cabos remains a safe travel destination.

In fact, Los Cabos is more than just a safe vacation spot. The sister cities of Cabo San Lucas and San José del Cabo, as well as the Tourist Corridor that connects them, have taken proactive measures to protect travelers and residents alike. The Mexican Navy and Army work together to secure both land and sea, while local police have formed a bilingual tourism division. Along Médano Beach, the most popular shoreline in Cabo San Lucas, several businesses have banded together to form the Médano Beach Cabo association. Together they have organized and financed an effort to keep the district clean, safe, and enjoyable. 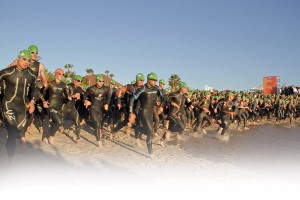 While a U.S. State Department travel warning for México remains in place, a state-by-state assessment within the same document assures travelers that there is no advisory in effect for the state of Baja California Sur, the state that includes popular destinations like Los Cabos and La Paz. Recent release from the Los Cabos Tourism Board, president Renato Mendonca rightfully pointed out that “Los Cabos remains unaffected by those incidents of violent crime … Located at the southernmost tip of the 1000-mile long Baja Peninsula in the State of Baja California Sur and separated from mainland México by the Sea of Cortés, Los Cabos is far removed from those highly reported and troubled areas of mainland México, in distance, ambiance and infrastructure.”

It would seem, too, that travelers and global heavyweights have gotten the message. In 2011, more than 1.2 million tourists made their way to Los Cabos. In 2012, Los Cabos hosted both the Baja International Film Festival and the G-20 Summit, which was attended by President Barack Obama and other world leaders. And, in March, Los Cabos hosted its first-ever Ironman. More than 1,400 competitors from some 47 countries participated. The grueling competition returns to Los Cabos again next year on March 30.

The Los Angeles Times reports cruise lines have eliminated some Mexican ports from their itineraries, but they increasingly turn to Cabo San Lucas as a destination. Just how safe is Los Cabos? Safe enough to be named as the first destination in the country to receive Global Entry kiosks at its airport. Beginning this year, the kiosks will be stationed in the airport to allow expedited clearance for pre-approved, low-risk travelers.

Finally, rest assured that there are resources in place should anything go awry during your Los Cabos vacation. The U.S. consular agency is located in downtown Cabo San Lucas: (624) 143-3566. The Canadian consulate is also located in Cabo San Lucas: (624) 142-4333. There are several first-class health organizations in Los Cabos, including AmeriMed (www.amerimed.com.mx). Finally, the Los Cabos police can be reached at (624) 143-3977 or, in the case of emergency, at 0-6-0.