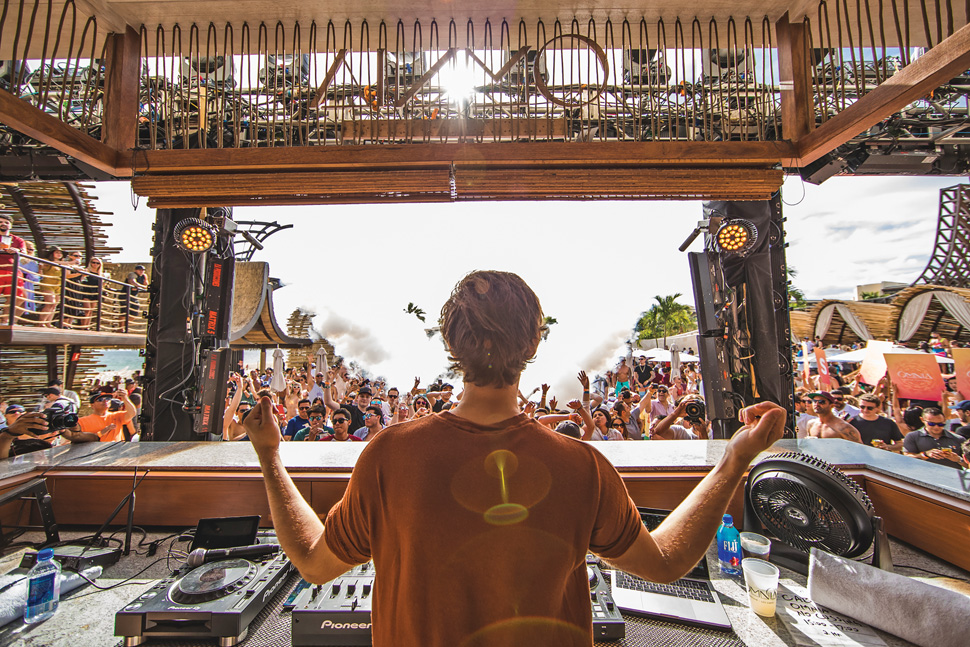 Just in time for spring break, the Vidanta Los Cabos debuted its brand-new OMNIA Dayclub on February 22. It was a four-day celebration that also hailed the arrival of three other Vidanta Los Cabos venues: Herringbone restaurant, the new Casa Calavera culinary concept, and SHOREbar. And there was no shortage of star power: International superstars Calvin Harris, Steve Aoki, and Zedd all performed over the course of the multiday event.

For those not in the know, Vidanta Los Cabos is home to the exquisite Grand Mayan resort, which features some of the most stunning architecture and vistas in Los Cabos. Think triple-tiered pools, ultra-luxe accommodations, and on-site spa. The addition of the entertainment district raises the bar for resorts not only in Los Cabos but around the world.

You can get an entire photo tour of the entertainment district—a joint venture of Grupo Vidanta and Hakkasan Group—in this issue of Los Cabos Magazine. See “Vacation Goals” on page 28.

In the meantime, let’s talk about that celebration, which kicked off Thursday, February 22, with an open invitation to party. Revelers snapped photos in front of an orange step-and-repeat and  enjoyed the evening mixing and mingling with local tastemakers.

World-renowned DJ Steve Aoki wowed crowds on Friday, February 23, with a show that was preceded by a red carpet featuring VIP guests, musicians, models, and local dignitaries. It was also covered by domestic and international media outlets.

Zedd took over the entertainment reins on Saturday, February 24. Then it was all eyes on hit maker DJ Calvin Harris, who performed the closing night.

For more photos of the parties, visit www.loscabosguide.com