Fans lined up for the 28th annual celebration 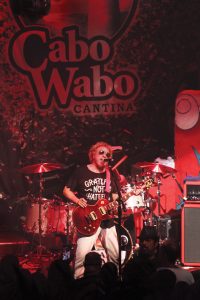 The Red Rocker’s annual party has become a major tradition in Los Cabos, and his 71st birthday did not disappoint. Bandmates and friends like Jason Bonham, Michael Anthony (Van Halen), Joe Satriani, and Vic Johnson are known to join him onstage.

Tickets were sold online, appropriately available for $71 U.S. The general public in Los Cabos was able to purchase tickets in person, and many camped out in sleeping bags on the sidewalk for a chance to get in. When we say this party is a big deal, we’re not kidding: In 2012, there was such a high demand for tickets that the www.redrocker.com website crashed. Tickets are now limited to two per purchase, and the set list is a real treat.

The three-day celebration kicked off October 9. Each evening included a concert, and there was also an option to include dinner ($120 U.S. per person).

This year, about 500 fans turned out each night; there was a mix of locals and people from across the United States.

Hagar’s fame began in the 1970s with the band Montrose; he later became a prosperous solo act in the 1980s. In 1985, Hagar joined the famous Van Halen band as lead singer and was inducted into the Rock and Roll Hall of Fame with the group in 2007. 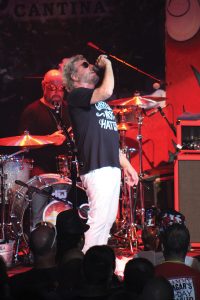 Of course, Hagar helped put Cabo San Lucas on the map when he opened the first Cabo Wabo Cantina in 1990. He continues to split his time between California and Cabo.

The 2019 edition will be here before you know it, and we recommend keeping an eye on the Cabo Wabo Cantina website to purchase tickets: www.cabowabocantina.com. Remember: Tickets sell out quickly.